Where Do Deals Come From, Part 2 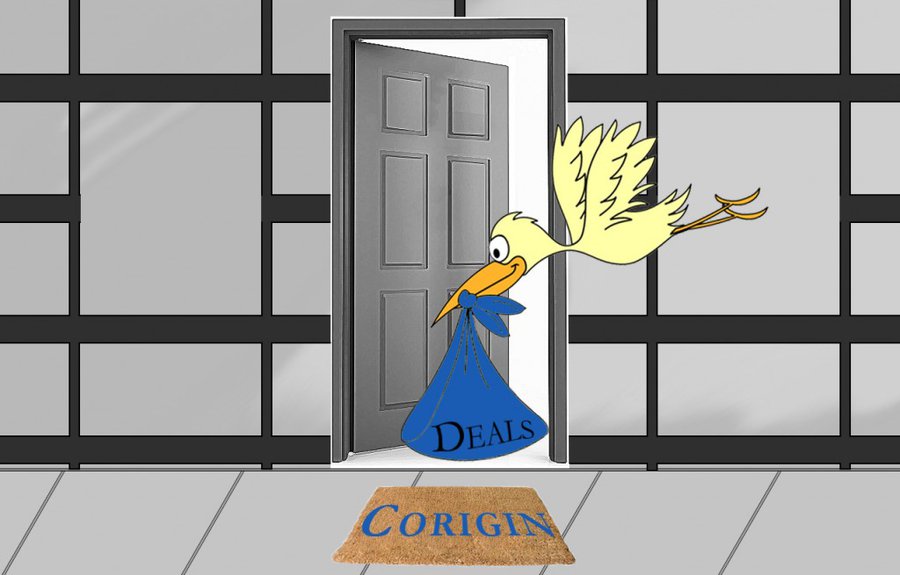 One of my most widely read posts was last year’s Where Do Deals Come From, in which I opened up the kimono to give the backstory and source of my first 16 deals over 18 months. While I had assumed it would be popular with founders getting insight into the minds (and calendars) of an investor, I was pleasantly surprised by the admiration received from many investor peers. So we’re making it an annual tradition!

My goals in writing/providing this:
• Help founders and co-investors better understand Corigin Ventures, our values, and how we think about the world.
• Help founders navigate the fundraising process and connect to targeted investors.
• Increase my own productivity by putting some data in my process – then doubling down on valuable sources and limiting wasteful ones.

As a review from the first go-around: 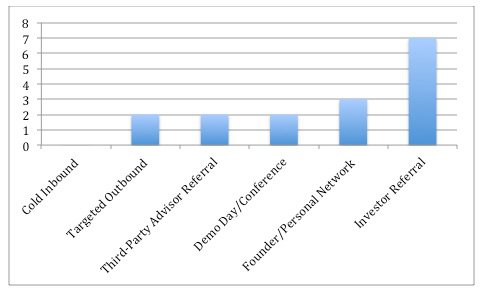 Let’s see how this past year shook out.

I was introduced to the Mozio Founder/CEO, David Litwak, by the founders of CV portfolio company, SherpaShare. Both companies are based in SF, are tied to the travel/logistics space, and share Galvanize as an investor. Mozio’s business model is not in our sweet spot, but we believed in David as well as the higher mission of making transportation better.

Corigin Ventures is backed by Corigin Holdings, a real estate owner and operator. Part of that portfolio is comprised of student housing and shared rentals, so there is expertise (and opinion) as it relates to Roam, and the larger concept of co-living. We had previously met with some competitors who took a more local approach, but couldn’t get inspired enough to commit. CV Associate Jason Shuman was then introduced to the Roam cofounders by their lead investor, Annie Kadavy (then) of Charles River Ventures, who made room for us as a strategic investor.

Rohan and Will (co-founders) were introduced to Jason (when they were working on a prior venture) by a mutual friend, Christian Seale (founder of StartupBootCamp Miami). He thought we’d be a good fit given our affinity for and experience investing in marketplace businesses – he was right!

Beyond our various sources of inbound dealflow, we all individually take ‘deep dives’ into industries to learn the landscape and uncover potential opportunities. Last winter, our Senior Associate, Claire Fauquier, immersed herself into the intersecting worlds of Art + Tech. She explored both B2B and Consumer products, meeting with founders, investors, and influencers. After hitting dead ends on many fronts, she was inspired by Vlad and Jerry, co-founders of Meural, and their vision for democratizing art through it’s digital canvas.

We first met Mike and his team in mid-2015, right before their A round. We were introduced by multiple investor buddies including Lerer Hippeau, NextView, and Corcoran – we were bullish, and the real estate synergy was clear, but we just couldn’t move quick enough to get the requisite level of comfort (time is usually one of our competitive advantages…). We stayed in touch w/ Mike and monitored their (impress) execution, and worked to create a follow-on round for strategics (like us and Moinian’s CurrencyM) and some current investors. We’ve been proud investors, and customers, ever since.

We always liked the space and saw huge opportunity for digitial disruption in multiple insurance categories. But it wasn’t until we met Blair Baldwin, Lee Hower, and the rest of the Quilt team that we had confidence a small team was prepared to tackle such a competitive market. The path to Blair was interesting – friend and 2x-coinvestor Melissa Krinzman (Krillion Ventures) introduced me to Lindsay Hyde, founder/CEO of Baroo (where I am now an advisor). When Lindsay realized our interest in real estate tech, she introduced me to her husband, Blair. (Lindsay and Blair went to Harvard together, and I already have dibs on investing in whatever their now-4-month old does in the future).

We saw some initial information about the company when they came out of AngelPad, but didn’t meet with the founder. It wasn’t until Weston Reynolds at Greycroft gave a glowing recommendation about the young CEO/founder (Sam Bernstein) that we decided to take a real look. Weston was right – Sam was one of the most impressive young founders we had come across, with a delicate balance of scrappiness and vision.

This was the ‘typical investor referral’, where a lead investor commits (in this case, Paige Craig at Arena Ventures), then sends to some trusted investors to fill out the round and bring some diversified value-add. Here, Arena had actually invested in a in a prior note as well, so they’d been able to track the founders and execution from the inside, insight we were happy to leverage. Took us exactly 19 days from introduction to commit.

Vaughn Blake from Autochrome Ventures invested in Transported, then sent to us a few weeks later, correctly assuming we’d be interested in a great team operating at the crossroads of VR and Real Estate. We had actually given a lot of thought to the space (and passed on a lot of companies), but were compelled by a) the team – Tyson (CEO) had great experience, and was able to recruit a high-level team to work with him without salary until funding, b) focus on the software tools rather than hardware, and c) their unique focus on the broker, understanding VR is a storytelling tool, so should be given to the storytellers.

Candidly, we don’t get overly excited about deals that come through crowdfunding sites, but the company ‘delivering ugly produce’ was the outlier, and when Mike Graver of CircleUp sent it our way, our interest was piqued. Claire took the intro, and went to work on the analysis/diligence, getting us to commitment in 50 days.

I initially met Stacy Ferreira as a speaker at XRC Labs, a fashion-tech accelerator in NYC. She immediately stood out to me as one of the most dynamic founder/CEOs I had ever come across, at the (then) ripe old age of 23. Her vision for a reimagined workforce was massive…almost too massive to immediately want to get involved. But we stayed in touch, and it was a pleasure to watch her execute, strategize, recruit, and tackle obstacles over the next 10 months. A trip to SF sealed the deal, when I met for hours with her entire team, individually. The passion each had for the mission, and for the collaborative team, was infectious, and we were moved to invest.

Not Yet Announced – Founder Referral

While we can’t yet disclose the company, I’m perhaps most proud of this one, as it came from a founder whose own fundraising round we passed on. But he appreciated our approach and values, and introduced us to founder friends of his whom he was going through the same accelerator with. (FYI – this type of referral is a KPI we track). 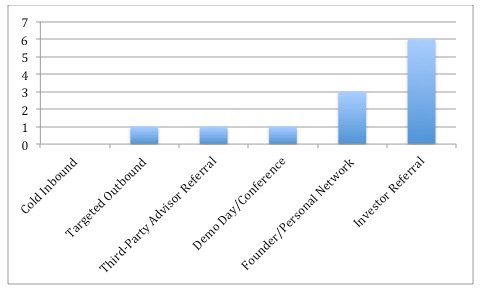 All in all, the results aren’t overly surprising – as we’ve evolved and built out our networks (founders + investors), a higher percentage of deals have come from those sources.

Some takeaways:
• Expanding our team has helped tremendously in sourcing more, and better, deals. Both Claire and Jason are a huge part of what we’ve been able to build at Corigin Ventures.
• While we have yet to do a deal originating from a cold inbound, we’ve gotten close a few times, and I still encourage and appreciate the attempt.
• I don’t find too much value in demo days anymore. It’s often too late for the good ones, and there is just too much noise.
• Founders (both in and outside our portfolio) are not only great sources of dealflow, but can help analyze an industry, business model, or founder.
• We need to make industry deep dives a bigger part of our process.
• Good deals can come from unexpected sources. 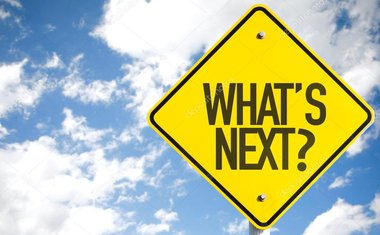 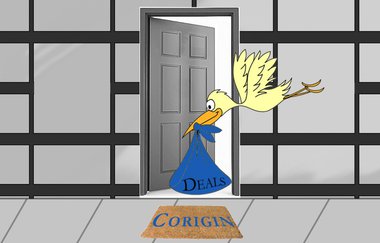 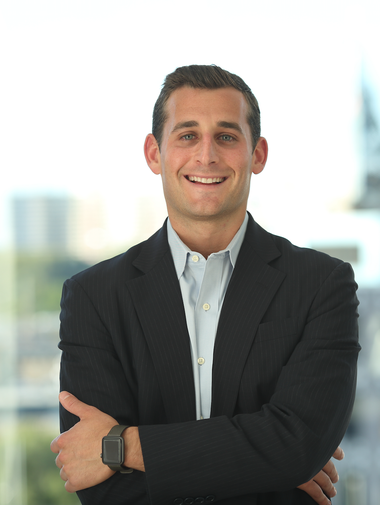